Why a public school teacher chose private school . . . and what took so long.

Choosing private education over public was definitely not something I had planned. In fact, at one point I probably could have classified myself as an inadvertent public school snob. I can’t really explain the process that took place that so well-formed this snobbery, but somewhere along the line, I created a prejudice against private schooling. I deemed private school as something only for the wealthy or for those hyper-focused on building up their children’s curricula vitae at a very early age.

Honestly, some of this bias may have had to do with the fact that I’m what some may refer to as “crunchy.” In college, I wore my hair and my dresses long, ate organic before it was a thing, and listened to Simon and Garfunkel about 30 years too late. I was an idealist who wanted to save the world. I got into social work and worked for the equality of those I served. I was “for the people,” and I saw many leaders as “the man.” Unknowingly, I began to judge personal wealth, influence, and associated opportunities as morally wrong.

A few protests and missionary trips later, I became a public school teacher and worked in that field for about 10 years. Despite the many times I felt disappointed with the public school system, I still held onto my somewhat unfavorable view of private school. Until, that is, I actually found myself working in one.

In 2014, I was offered the opportunity to be the director of Destiny School of the Arts, a private school focused on academics through arts integration. In the public school system, I was comfortable and doing important work, but I had gone as far as I was interested in going and somewhat ready for change. In the end, I decided to leave my place of comfort and take the job for two main reasons. First, I had become a mother and wanted my daughter to experience something more whole-child and arts integrated versus state standards and testing focused. Second, I was going to be given the opportunity to provide some scholarships to populations of children I saw fail and falter in the public school system. This was meaningful to me as I had seen a number of students never quite catch up to their peers, but would undoubtedly flourish in smaller classes with differentiated instruction.

My first year in this specific private school environment was more eye opening than I expected. I saw kindergartners reading, LITERALLY READING.

And this wasn’t because they were sitting at a desk all day or because the climate was strenuous. It was because they were flourishing in a school that was driven by discovery and creative thinking, not by political trends and mandates (there’s that crunch again). Qualified teachers were trusted and empowered to TEACH students to think and not simply memorize. Somehow daily music, movement, and art classes didn’t interfere with academics . . . imagine that! Learning Spanish at age 5 and spending time outdoors was helping to build intellectual connections and never viewed as a waste of time or resources.

Being very familiar with the public school benchmarks, I was blown away with what I was seeing in this new environment. Both advanced and struggling students were simultaneously met and challenged at their level, not ignored. It was magical seeing my educational ideals being lived out before my very eyes.

Private school has given me the opportunity as a mother and as an educator to give more to my own child and to many others.

Subsequently, that first year I had to face some long-held assumptions and beliefs. I asked myself, “Was private school simply for the rich? Should I be embarrassed or ashamed that I could afford such an opportunity to my child? Was opportunity in itself something wrong or selfish?”

After some soul searching, I came to the conclusion that private school was not inherently evil. (dramatic, I know). I began to see money, social class, and opportunity in a different light. I began to see them as blessings and potential for good.

I didn’t change teams from public school snob to private school snob, but I did become a believer in opportunity. Children who have been given the gift of a well-rounded education are more apt to become tomorrow’s leaders. They are more likely to land in positions of influence, and that’s exactly when they will be in a place to help others and bring positive change to society. Even if they don’t become the leaders of tomorrow, students at Destiny School of the Arts, and other great private schools, have the opportunity to become well versed in subjects linked to self-expression and self-fulfillment. This is the kind of education and advantage that lends itself to the formation of happy, balanced humans.

Private school has given me the opportunity as a mother and as an educator to give more to my own child and to many others. And that surely is nothing to be ashamed of. I now beam with pride when asked where I work or what school my daughter attends. This is because I know really good things are happening here. Seeds are being planted, literally (in our garden) and figuratively in the hearts and minds of the students.

In conclusion, even after my conversion to private school and ultimately becoming “the man” myself, I can still listen to Simon and Garfunkel and unashamedly tell you that I’ve never felt more fulfilled as an educator or happier with my decision as a parent . . . crunch and all. 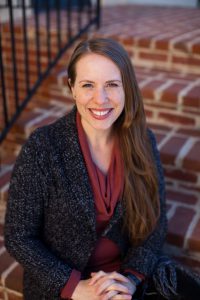 Jennifer Wigfield serves as director of Destiny School of the Arts. A licensed Virginia educator, she feels passionate about creating a warm and healthy environment where children can learn through the arts. In 2005, Jennifer received a master’s of education (prek-6) from Liberty University. In 2010, she earned a curriculum and instruction endorsement (prek-12) through George Mason University, subsequently becoming an English language specialist with Loudoun County Public Schools. Being fluent in both Spanish and Portuguese, she has enjoyed building a foreign language program at our school. Jennifer believes fully in DSOA’s mission for students reaching academic excellence through arts integration, and enjoys collaborating with staff to achieve that goal. Jennifer is very enthusiastic about DSOA’s bright future, and honored to be a part of such a wonderful school.
Director’s Newsletter – End of Year Wrap Up Learning, Laughing, & Exploring during the Week of the Young Child

Learning, Laughing, & Exploring during the Week of the Young Child